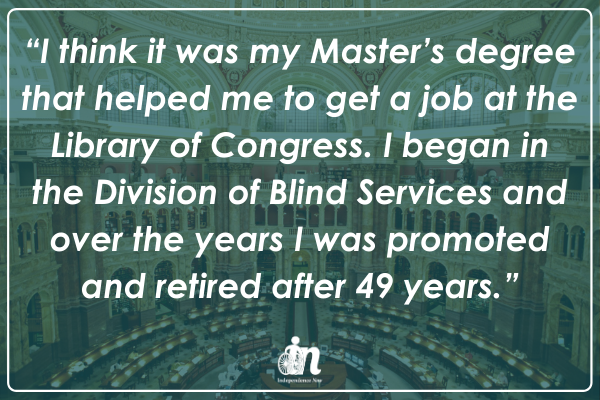 As part of our Independent Living History series and in recognition of March being Women’s History Month, we’re recognizing the contributions of a local woman to events in Disability History.

Freddie Peaco is an African-American woman who was born in Wadesboro, North Carolina when separate but equal was the law. After losing her vision, Ms. Peaco attended the school for the blind in Raleigh, North Carolina, graduated with a double major in sociology and psychology from Howard University, and gained her Master’s degree in Public Relations and Journalism from American University. Ms. Peaco says, “I think it was my Master’s degree that helped me to get a job at the Library of Congress. I began in the Division of Blind Services and over the years I was promoted and retired after 49 years.”

She worked the longest period of time in the Reference Section of the Library of Congress, National Library Service, where her strength of researching information and answering questions for patrons. One can only imagine the changes she saw over her years of employment, the greatest one being more people with disabilities had access to information and materials at the Library of Congress.

As a result of her work at the Library of Congress, Freddie first became acquainted with the American Council of the Blind. Freddie joined the DC Council of the Blind in the 1980s. She joined because her membership gave her opportunities to meet other blind people and to exchange ideas for living and thriving as a blind person. She joined because she firmly believes that as a group together, blind people have the power and voice needed to advocate for their needs and rights. Ms. Peaco is a staunch believer in the power of blind people coming together to advocate and to learn from each other. 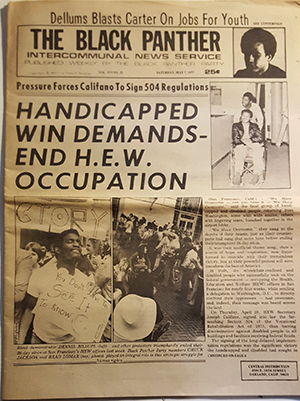 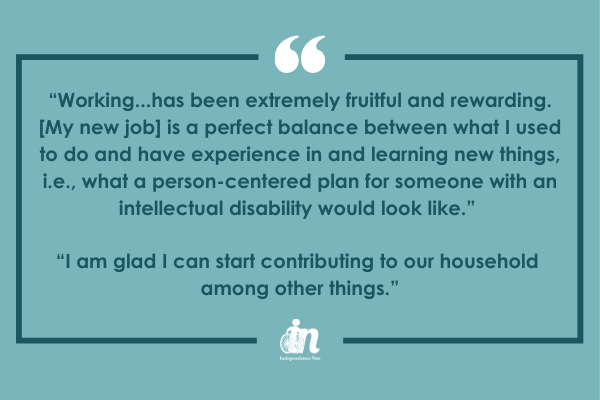 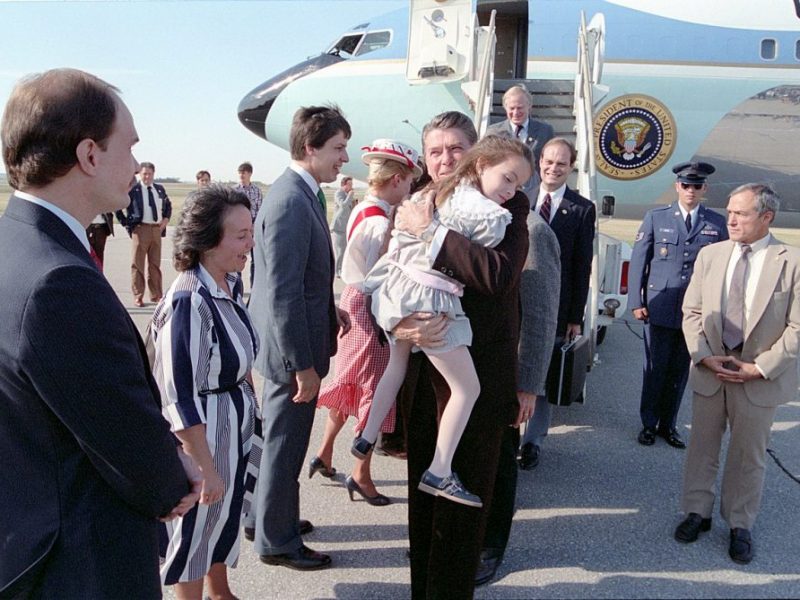