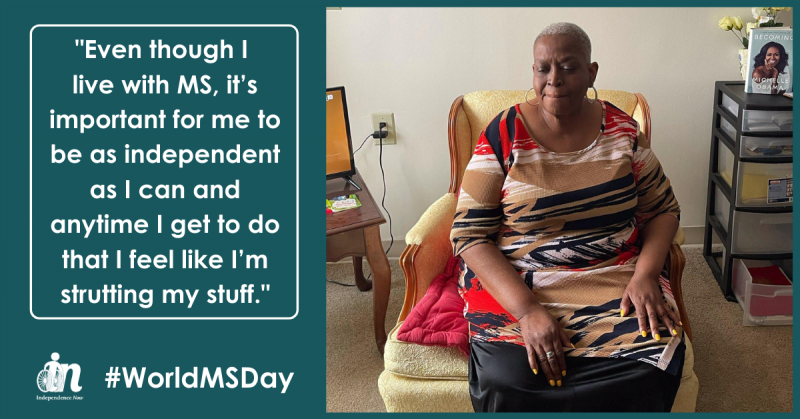 Multiple Sclerosis (MS) is one of the most common diseases of the central nervous system. Today, 2.8 million people around the world have MS.*

Most people with MS are diagnosed between the ages of 20 and 40. MS is two to three times more common in women than in men. There is no drug that can cure MS, but treatments are available which can modify the course of the disease.

Independence Now Consumer, Barbara, was diagnosed with Multiple Sclerosis in 2013. In recognition of World MS Day (May 30), she’s sharing her story to let the world know that while an MS diagnosis is life-changing, there’s life beyond MS.

MS can be difficult to diagnose. How did you discover you had MS?

I had been taking computer classes at Martin Luther King Jr. Memorial Library in Washington, DC for about a week. One day, when I was trying to press a key, I couldn’t feel it. I knew something was wrong and immediately called my doctor. He did neurological tests and then referred me to the National Institutes of Health (NIH). After a series of tests including a spinal tap, they discovered I had MS.

How has living with MS impacted your life?

Initially, it was just numbness – and it was annoying. It affected my right hand so I had to learn how to use my hand again and learn to do things left-handed. Since 2013 it has impacted me greatly because I don’t have a lot of balance now. I went from using a single-prong cane to a four-prong cane just for stability.

How did you connect with Independence Now?

I’m blind, and a friend who is also blind invited me to a Dinner and a Movie Night at Independence Now. From there I connected with Rochelle Harrod, and that’s how I became affiliated.

What do you want the world to know about MS?

I would like everyone to know that even though there’s no cure for Multiple Sclerosis, you can’t give up. You have to keep a positive head and follow your doctor’s instructions, especially for health and nutrition. Just try not to get discouraged. Don’t dwell on the what-ifs, that’s not a good place to be. I lost my sight before I had MS. There is life beyond blindness and life beyond MS. None of it has to be the end.

When I was diagnosed I couldn’t find a lot of info about MS. I’ve learned a lot through speaking with other people who have MS through online connections. I wish healthcare companies in general would be more involved. That’s why organizations like Independence Now are so important. They help get the word out about resources. Even though I live with MS, it’s important for me to be as independent as I can and anytime I get to do that I feel like I’m strutting my stuff. I like taking care of myself as much as I can. Believe it or not, it’s not all that scary!

Barbara Lives With Multiple Sclerosis But Still Struts Her Stuff 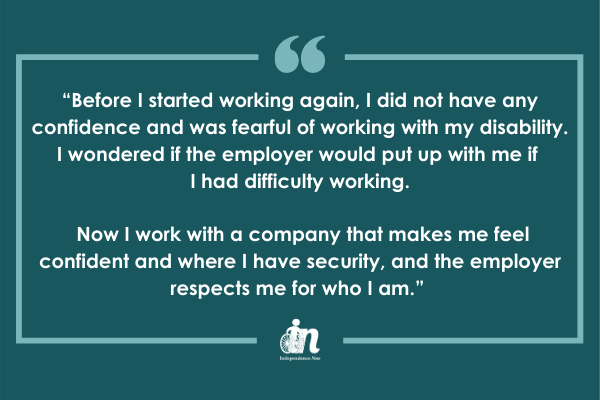 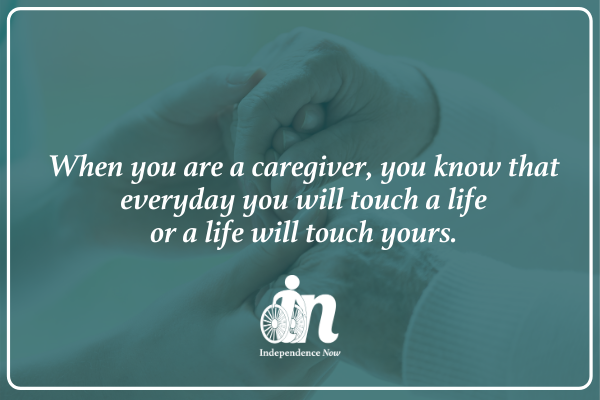 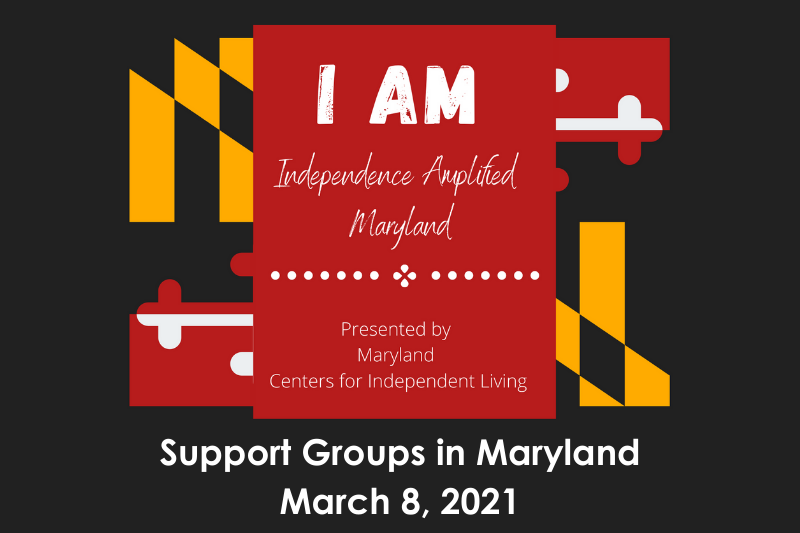