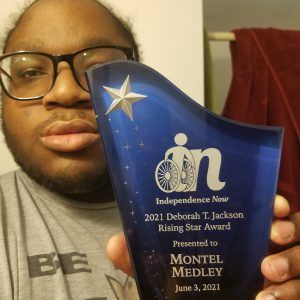 This award was established in 2017 and is given each year at our annual meeting in recognition of a consumer who has accomplished the most and achieved the greatest independence throughout the year.

This award has much meaning to Independence Now. The award is in the shape of a star because a star has five points and Deborah was absolutely committed to the five core independent living services that we provide: information and referral, independent living skills, peer mentoring, advocacy, and transition.

We went a bit further with a rising star because Deborah was a leading star and many consumers follow her lead of gaining a life of independence. She was unshakable in her passion for Independent Living during the almost 10 years she worked for Independence Now.

It is with great joy that we present this award in Deborah’s honor and memory to Montel Medley who carries on her commitment to an independent life.

Montel Medley has been a consumer of Independence Now since 2013. Montel was a junior in high school at the start services, worked with Rochelle Harrod, Independent Living (IL) Specialist in Prince Georges County, to learn independent living skills. Montel was also a Maryland Youth Leadership Forum (MDYLF) delegate in 2013.

The independent living skills training from working with IL staff and the leadership skills obtained at MDYLF prepared Montel for when he started college at Towson University. While in college, Montel worked with Kelvin Hawkins, the Youth Transition Specialist, receiving peer counseling throughout his college career. In 2019, Montel graduated with a bachelor’s degrees in Mathematics and Computer Science. After graduation, IL staff continued supporting Montel with his employment endeavors. And after two internships, Montel’s hard work paid off in April when he obtained full-time employment with Mitre, an engineering company in Northern Virginia.

In addition to his success, Montel is an active member of our future leader’s club, has returned to MDYLF as an alumna in 2015, and volunteered at youth events. Montel truly a role model to his peers. 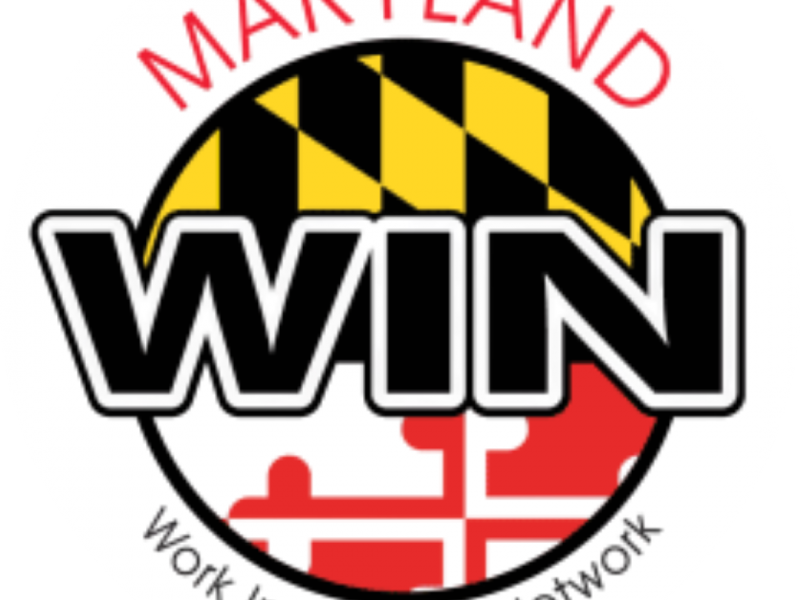 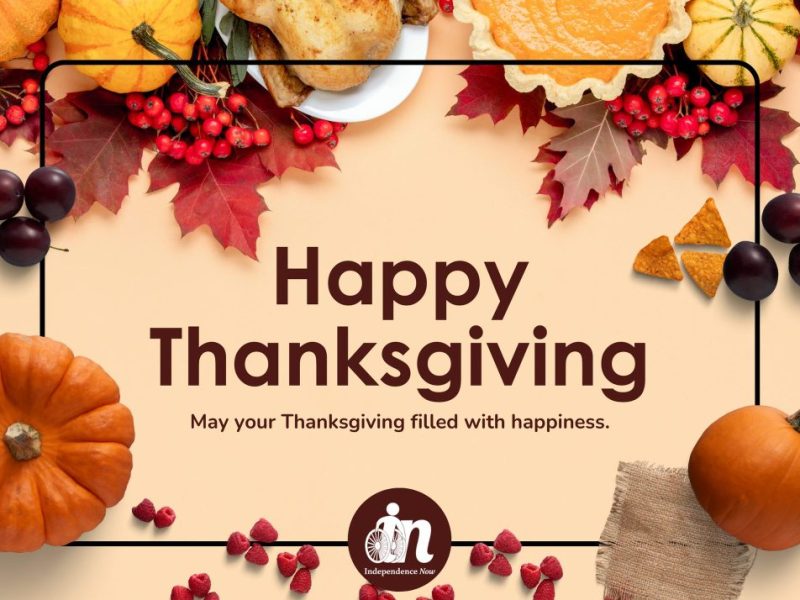 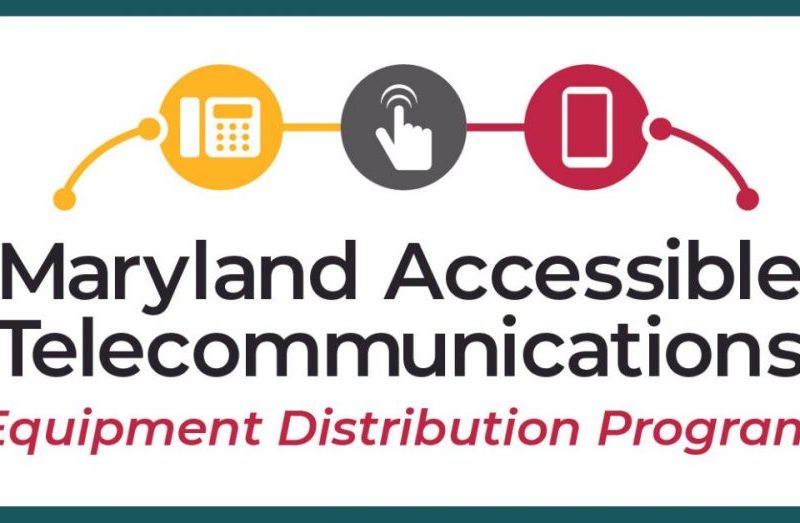