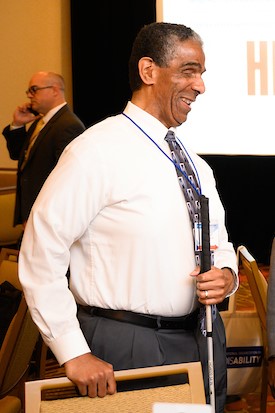 About 10 years after the introduction of the white cane, the first white cane law was passed in a town in Illinois that granted protections to people using white canes and gives them the right of way when using a white cane. While laws in the United States vary from state to state, people using white canes are always yielded the right-of-way when crossing a road. They are afforded the right to use their cane in any public place as well. In some cases, it is against the law for someone who is not blind to use a white cane.

Maryland’s White Cane Law was passed in 1966 and reviewed by a Task Force in 1986. According to the Maryland State Archives, “The task force made recommendations for increased awareness and enforcement of the law, examining such areas as pedestrian safety measures, employment issues, and use of licensed guide dogs.”

In 1964, President Lyndon B. Johnson established October 15 as White Cane Safety Day to raise awareness of people who carry a white cane. In the Presidential proclamation, he said in part: “A white cane in our society has become one of the symbols of a blind person’s ability to come and go on his own. Its use has promoted courtesy and opportunity for mobility of the blind on our streets and highways.”

Board Member Marc Wilkerson was born and raised in Morristown New Jersey and lost his vision in 1963 in infancy as a result of retina blastoma. Marc was a client of the New Jersey Commission for the Blind and was introduced to white cane travel as a young boy. Mainstreamed in the local public schools, Marc described himself as very independent – participating in most of the activities of his childhood friends including bike riding, sports, and roughhousing.

Initially, Marc did not embrace the white cane for travel – opting instead to navigate his way at school and around his neighborhood having internalized the familiar surroundings. Marc continued to receive mobility training from various Orientation and Mobility Instructors. A pivotal time in Marc’s life came when, as a young teenager, he attended an Activities of Daily Living training program sponsored by the Commission for the Blind at their training facility. Students were housed on the campus of Kean University, which Marc recalls was very exciting. During this program, blind students were given the opportunity to travel to Newark, New Jersey using public transit. Each student was given activities to complete while traveling independently in Newark using the white cane. “It was truly liberating,” Marc reflects.

"The white cane, seemingly an unimpressive stick with a tip on one end and a rubber grip on the other, provided me with the independent travel critical to the blessed life that I have enjoyed to this day."

He quipped, “the white cane, seemingly an unimpressive stick with a tip on one end and a rubber grip on the other, provided me with the independent travel critical to the blessed life that I have enjoyed to this day.  Equipped with the confidence provided by the outstanding orientation and mobility training that I received, I was able to confidently attend Georgetown University, Howard University Law School, to live in five states and the district of Columbia, get married, have a family, and professional career.” Marc added, “When you see a white cane user out and about in your community, remember that there is no magic in the stick. It is a tool, and what you are experiencing is someone using the orientation and mobility skills that they have developed from professional training.” 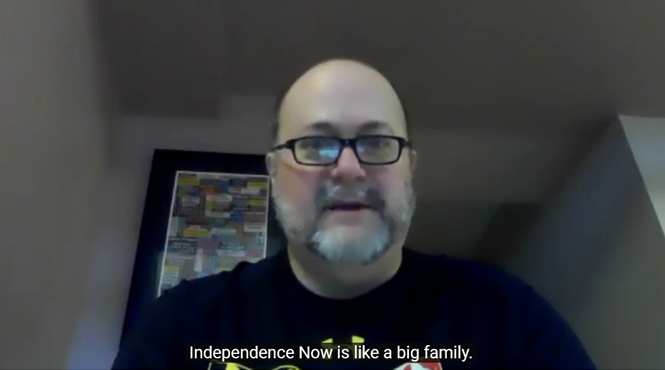 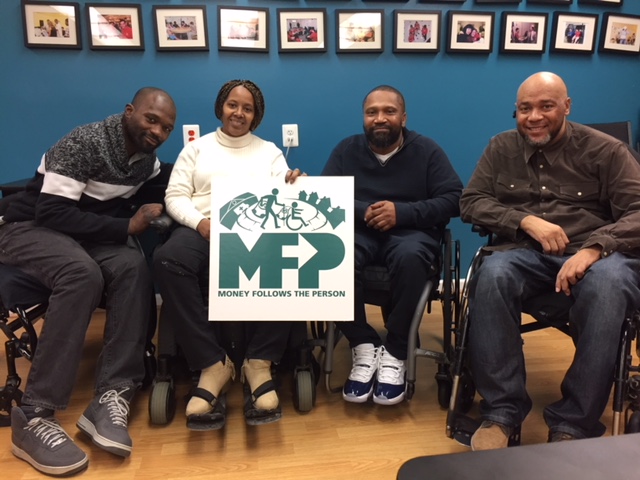