I have never considered myself as having a disability but rather an inconvenience. When I grew up in Indiana I attended the Indiana School for the Blind. My parents wanted me to have all the tools as a Blind child although I could see quite well and could read the blackboard from the front row. After moving to Maryland, during high school, I was mainstreamed.

After working for a Labor International for over twenty years in the Membership Department and three years training Union Organizers I was forced into Retirement due to outsourcing. While working contract jobs, I met Michael Dalto and began working for the Maryland Department of Disabilities, and the Employed Individual’s with Disabilities (EID) program in 2007.

I knew nothing about disabilities so working with the EID program was a real wake-up for me and I continued working with the program until 2012 when the application became available online and through agencies.

Realizing the services that were available for individuals and how many of us were missing out I decided that I needed to continue to advocate for all of us. In April 2011, I completed my certification as a Community Work Incentive Coordinator. Two weeks after completing my certification as a CWIC the partial vision that I enjoyed was gone due to a blood clot behind my eye. Fortunately, by this time I had become aware of the wonderful services available to those of us that have “inconveniences”. I knew by this time that life can and must go on and so I continued to work. In November 2012, I completed my Maryland state CWIC Certification and was self-employed. This past December, I began working at Independence Now.

In my spare time, I enjoy cross country skiing. Along with my Guide Dog, Gardenia, I enjoy camping and hiking the trails in Shenandoah National Park and climbing any mountain peak we can find. 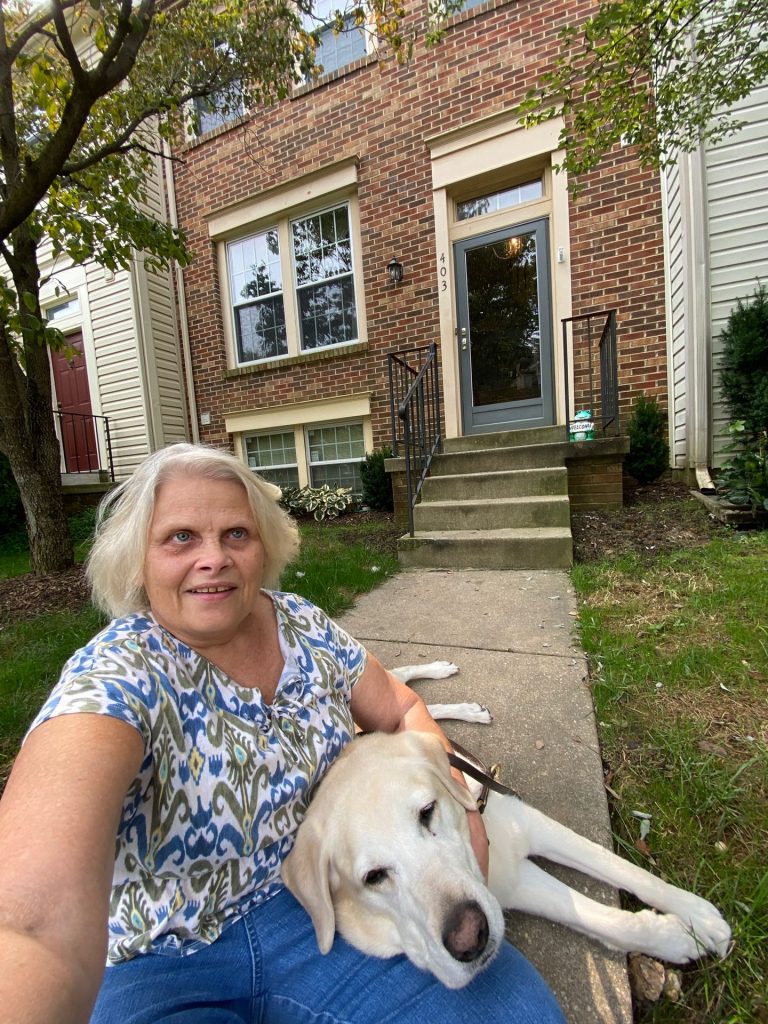